We are delighted to announce the refusal of this retrospective planning application.
Despite not mentioned in this article Tom Williamson has worked tirelessly with residents, who said they had received no support from South Norfolk Council. It seems the council leader John Fuller owns the land at Seething where the lagoons are dug...
This culture of developers getting retrospective planning needs to be stopped and lets hope it WILL affect the decision at Deal Farm, Bressingham. 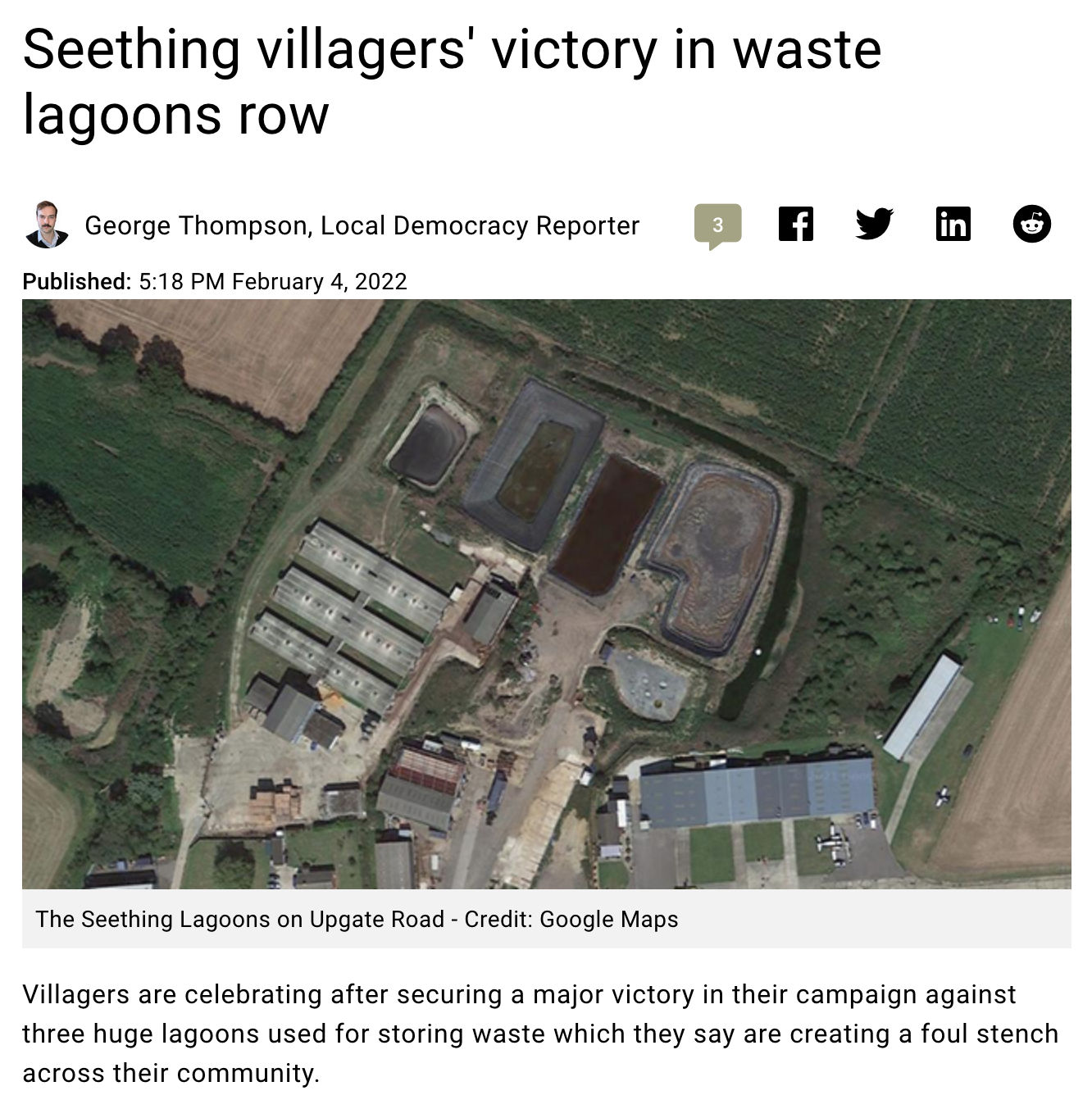 We have constantly been lobbying South Norfolk council on behalf of concerned residents regarding a Biogas Aneorobic Digester at Deal Farm near Bressingham.  It has become clear that developers are in breach of their planning permission in 2015, more than doubling the size originally permitted which would have devastating effects on locals and environment.

Thousands of heavy diesel powered vehicles would be required annually, thundering down narrow country lanes, polluting the air and damaging verges, at the expense of local residents whose lives are being disrupted for the financial profit of a commercial organisation, bent on getting as big a chunk of the feed in tariff as possible before subsidies run dry in March 2022. Biowatt, the company building it have boasted it will be the biggest biodigester in the UK.

Opinions are mixed on the benefit of Biogas as environmentally desirable renewable energy, it being essentially Methane and having 80 times the warming power of C02 when released into the atmosphere.

Supporters of this project who have recently popped up on the planning portal appear to have vested interest and come from well outside Norfolk, suspiciously near to the Head Office of Biowatt, once even seems to have the same surname as the CEO.

The application for retrospective permission has been withdrawn and planners are asking for a new application. But despite being asked to cease construction Biowatt are continuing works, even after dark. Lightning masts which were not even on the retrospective plans have been put up.

We sent a press release to EDP asking that they put an investigative journalist on this and we have called for South Norfolk planners to issue an enforcement order to stop works immediately.

On December 2nd SNGP co-ordinator Tom Williamson delivered a Freedom of Information request to have documents and exchanges on this development to be made public.

South Norfolk Council have 20 days to respond to the request. 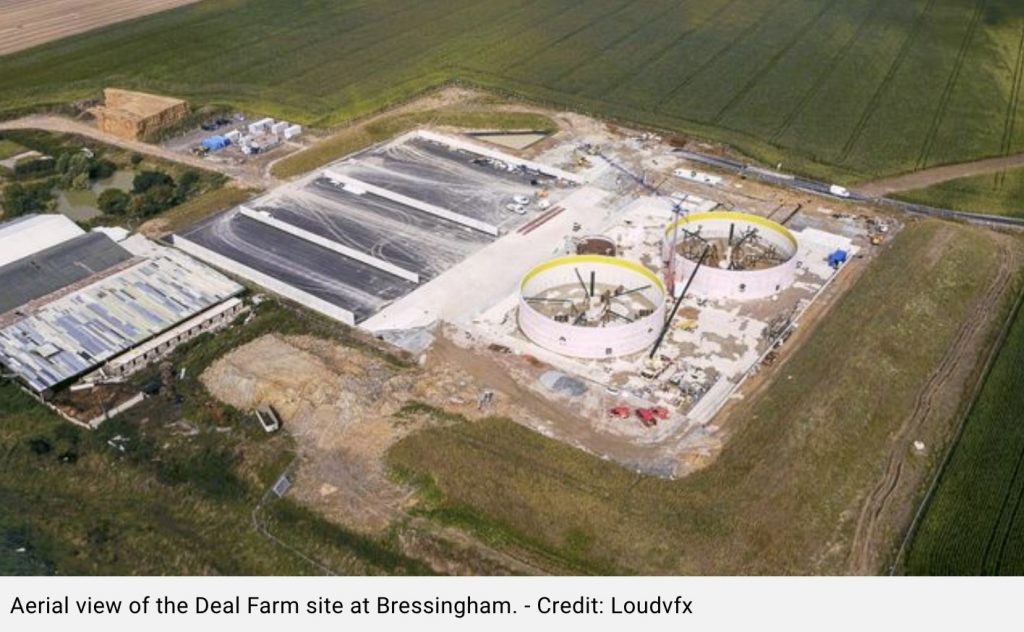 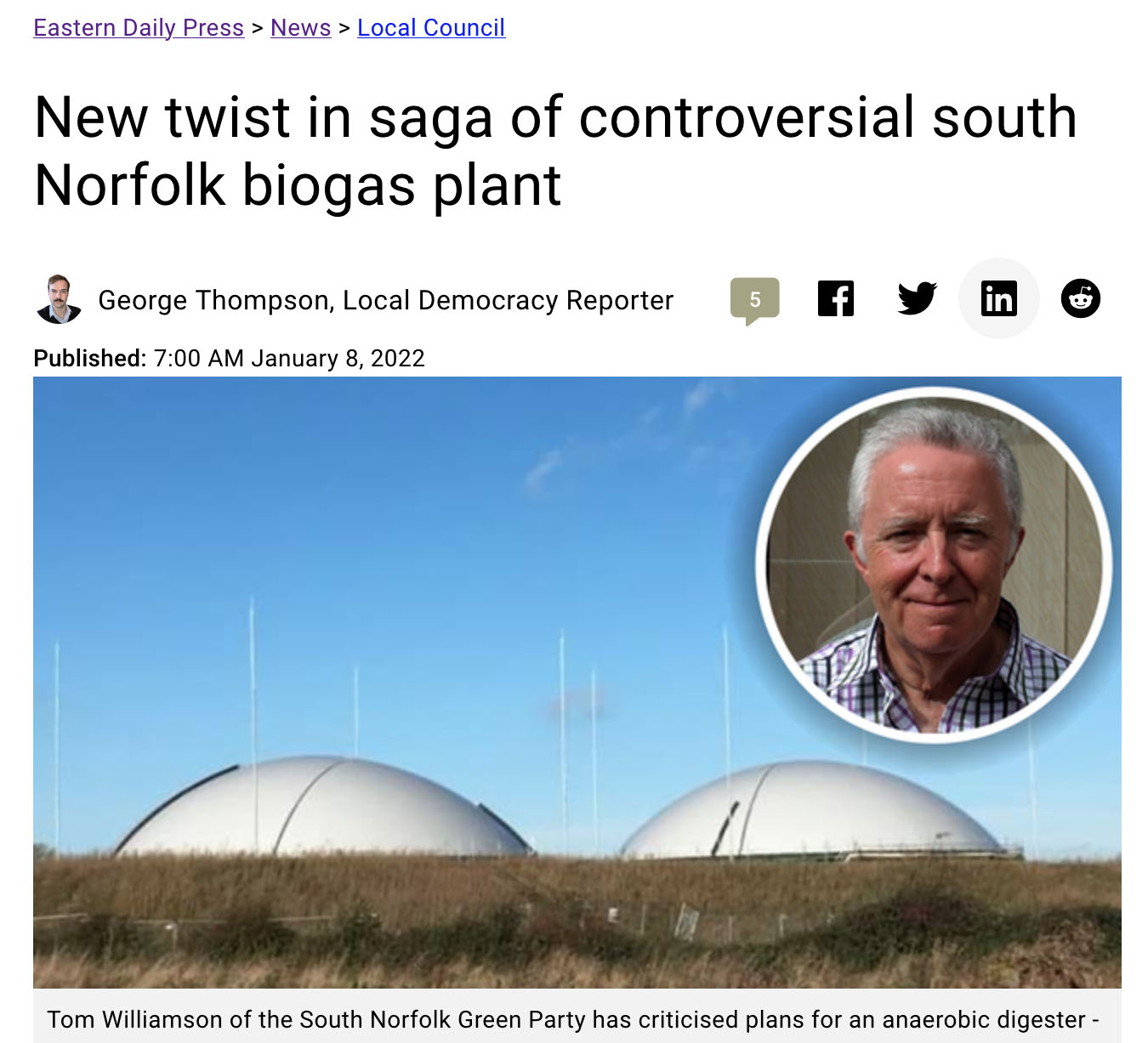 'Environmentalists have criticised revised plans for a controversial biogas plant in the Norfolk countryside.

The anaerobic digester (AD) is being built in Bressingham, near Diss, but late last year the companies behind it had to submit new proposals to South Norfolk Council, following complaints that the project had deviated from the conditions of its original planning permission.

Now, South Norfolk Green Party have attacked the new plans, branding them "greenwashing" and questioning the environmental benefits of the scheme.

Their supporters say that anaerobic digesters - which produce fuels from materials like maize or manure - are environmentally friendly because they generate energy from waste materials. But critics have questioned this, claiming they can generate pollution.

Tom Williamson of the South Norfolk Green Party branded the Bressingham plans "greenwashing", saying they were being pushed through under the guise of being a benefit to the community.

Mr Williamson said: "No such lagoons were included in the original plan, this is a major alteration.

"So that everyone can visualise the size of the actual lagoons, each one would be two thirds the size of Norwich City Carrow Road pitch."

Three lagoons are included in the plans, with a capacity of 5,000 square metres of liquid digestate each.

Mr Williamson also complained one of the lagoons, which will all be raised above ground level, will be close to Bressingham village and a public footpath.

He said: "The lagoons are to be fed by pipelines from the digester which on the plans provided follow the roadside presumably located in ditches so any spill will immediately cause environmental damage."

He added that there were environmental concerns over using green liquid manure in the process, which can leak into nearby watercourses and pollute land with an increase in potassium and nitrate.'

Other facts not printed in the EDP article:

(a) they built a larger digester without permission

(c) that the EDP reporter Sarah Hussain swallowed whole the amount of 'support' given to the digester composed supporters from outside the area who lived in the next postcode to the Biowatt Head Office, that one supporter had the same surname as the Biowatt  CEO

(d) that the traffic plan is basically a fantasy they count an in and out as one movement but if you have a 30 ton tanker going past your window twice a day you will count that as two movements.

(f) that the digest spreading itself has the probability of causing harm. I have since downloaded more info on digest spreading and I now understand that new regulations are coming into force in March. You can only apply enough digest for the needs of the crop and there are times when you should not spread due to weather conditions or over-application could result, has that been built into the traffic plan? 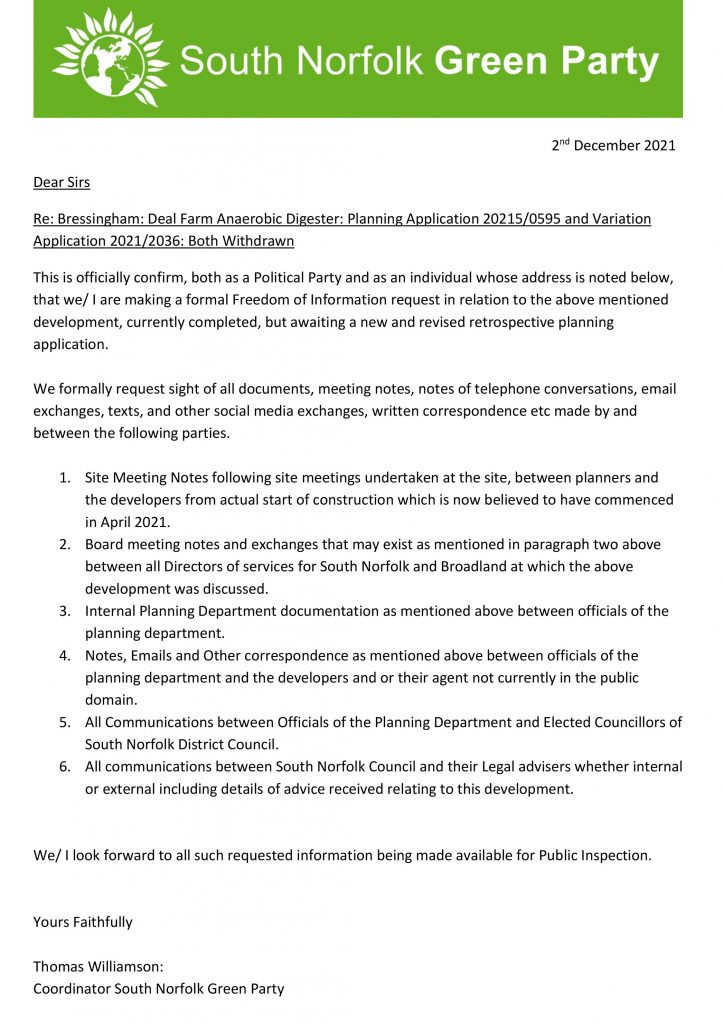 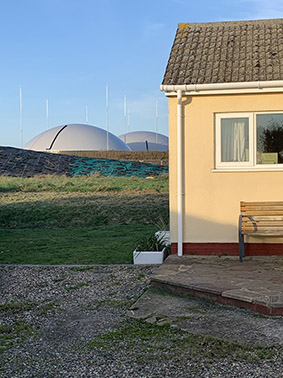